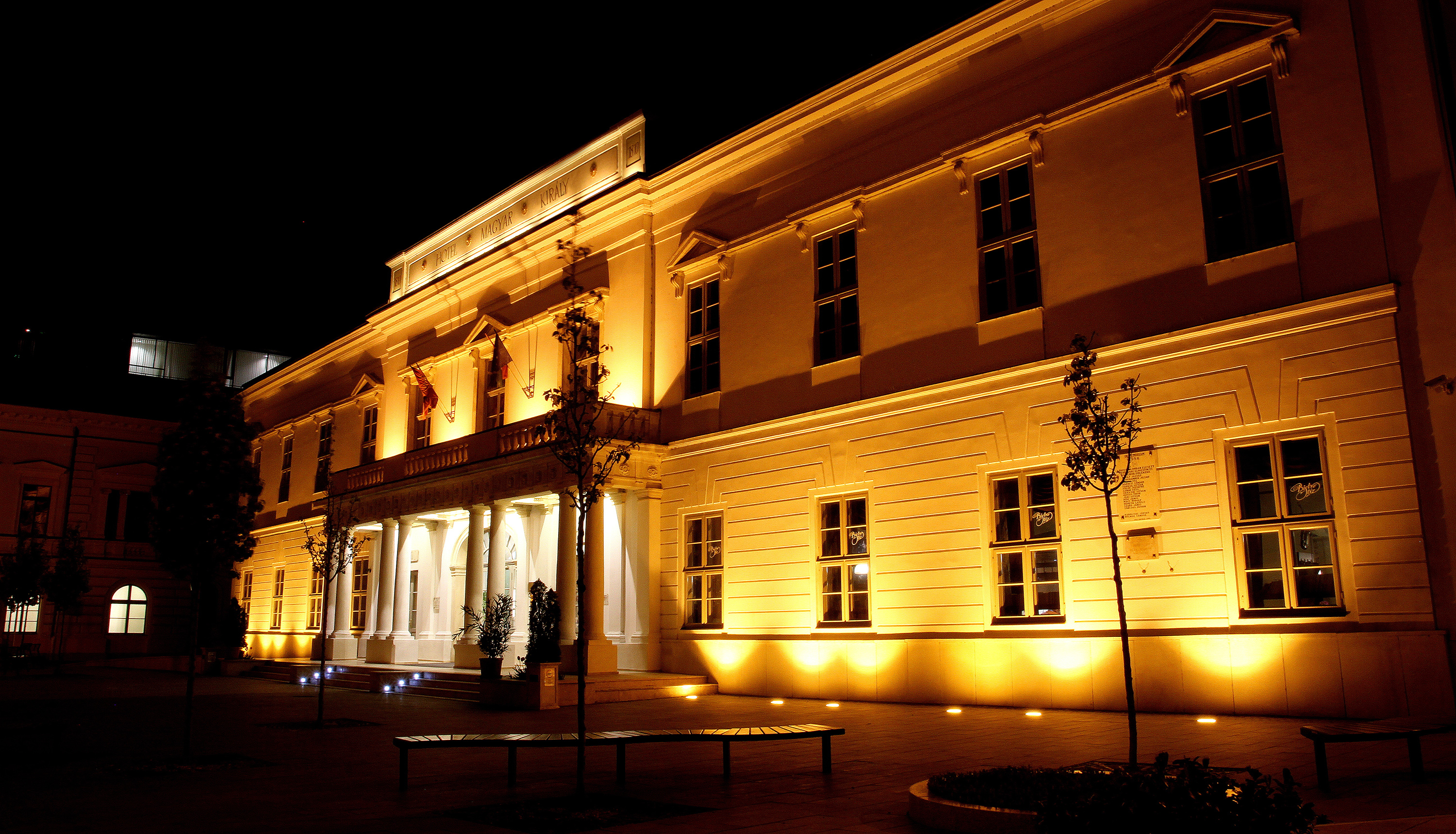 The four star Hotel Magyar Király lies in the heart of Székesfehérvár, in the renewed historic area of the city, right next to the theatre and at the beginning of the pedestrian street.

The classical-style palace, also called as Zichy Palace was built at the beginning of the 1820s with the cooperation of Mihály Pollack. It has been operating as a hotel since 1870, however after its nationalization in 1949, it got a different function. The building has been operating again as a hotel from 1958, but has been wearing its original name only since 1990.

During the long years, the hotel has gone under several reconstructions and renovations, lately in 2010. It was important to consider during the reconstructions that the building had to preserve its original features while meeting every needs of guests of the 21st century. The modern glass and wood pieces form a perfect harmony with the thick walls and sturdy arches.

….are at your service.

We are confident that we can welcome you soon among our guests!